Exactly a year ago, I arrived in Doha. I was excited & nervous which I think is pretty normal for someone who has just moved to a new city or country. The last year has had its fair share of ups & downs, but overall it has been the best year of my life. I feel like I am in such a good space – I love my job, I love living here, I love my new lifestyle. I also love how even after a year, everything still feels new & like an adventure. I have compiled a list of things that I’ve noticed or encountered over the last year which make me giggle.

Most people assume I am Australian.

Really? Could you not have chosen any other nation?

People are surprised that I’m from Africa & I’m white.

People also ask if I was born in Europe & I have to explain that I wasn’t & neither were any of my parents or grandparents & so on. To be honest, this particular situation doesn’t make me giggle as the topic becomes complex & difficult to explain.

They use blue ink pens for official use here.

I’m not sure what colour ink is considered acceptable in other parts of the world, but in South Africa, most official documents are to be filled in using black ink pens. It is still very strange for me to see & use blue ink when I’m at the bank or signing a contract. 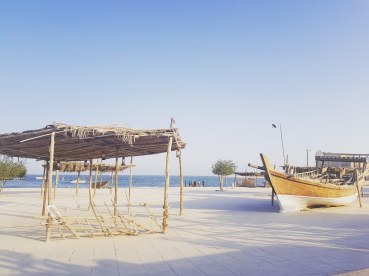 People ask me if I can speak “African”.

What is this “African” language I hear so much about? There are literally hundreds of native African languages… and not a single one of them is called “African”.

Firstly, you’re asking me because you’ve watched The Lion King so you should know that it means no worries for the rest of your days… obviously. Secondly, it is a phrase from the Swahili language, therefore I know nothing about the language so you’re on your own with this one, bud.

Perhaps the best thing I’ve seen while living here is the strong sense of companionship among South Africans who are no longer living in their country. It is almost as if there is some unspoken agreement that whenever you meet another South African, you are automatically the best of friends. This happens most of the time & it is regardless of where you come from, which language you speak & what you look like. This is monumental because this isn’t something that happens all too often in our home country. I wish all South Africans were as accepting & generous towards each other back home. Maybe one day we will get there, but for now, I absolutely love how we are with each other abroad.

Chips (crisps) packets are next to impossible to open.

I don’t know what kind of next level industrial glue they use to seal chip packages, but it’s almost as if they don’t want you to eat what is inside.

No one ever asks about rugby or soccer.

You better make sure you know all there is to know about The Proteas (South African National Cricket team) because that is the only sport you will ever be asked about &, believe me, the questions are exhaustive.

I no longer call a traffic light a robot.

Yes, you read that correctly. Our slang does in fact call a traffic light a robot. This got me some very odd reactions when I’d say things like “Stop at the next robot.” or “The shop is just three robots down from here.”

This is another slang problem. In South Africa, right now means immediately. Now now means any time between 5 to 30ish minutes in the future. Just now means longer than now now, but it might also refer to hours in the future – there’s no real limit to this one. So this really was/is a big problem for me. I would tell someone I would get something for them or get back to them ‘now now’ – they assumed I was doing it immediately with nothing else taking higher priority, but that is not at all what I meant.

People tell me they’ve been on a safari.

While I understand they are trying to be friendly, I don’t see the relevance because they then proceed to show me pictures of themselves posing in front of wild animals at some animal sanctuary. Not really my idea of a safari.

Summer in the Middle East is intense.

Oh my goodness, it gets hot here. Everyone knows this, but experiencing it is something else. I’ve listed this because sometimes I just laugh at how unbelievable the heat is.

It goes without saying that there are times when I miss home terribly. I really miss my family & friends. Anyone would miss the cuisine & culture they grew up with & I’m no exception. However, dwelling on those thoughts & feelings only makes you feel worse. Although, this is easy for me to say when I’ve been blessed to have some of my family come visit me & having the opportunity to go home a few times. I’m looking forward to the highs, lessons & adventures that this upcoming year has in store for me.