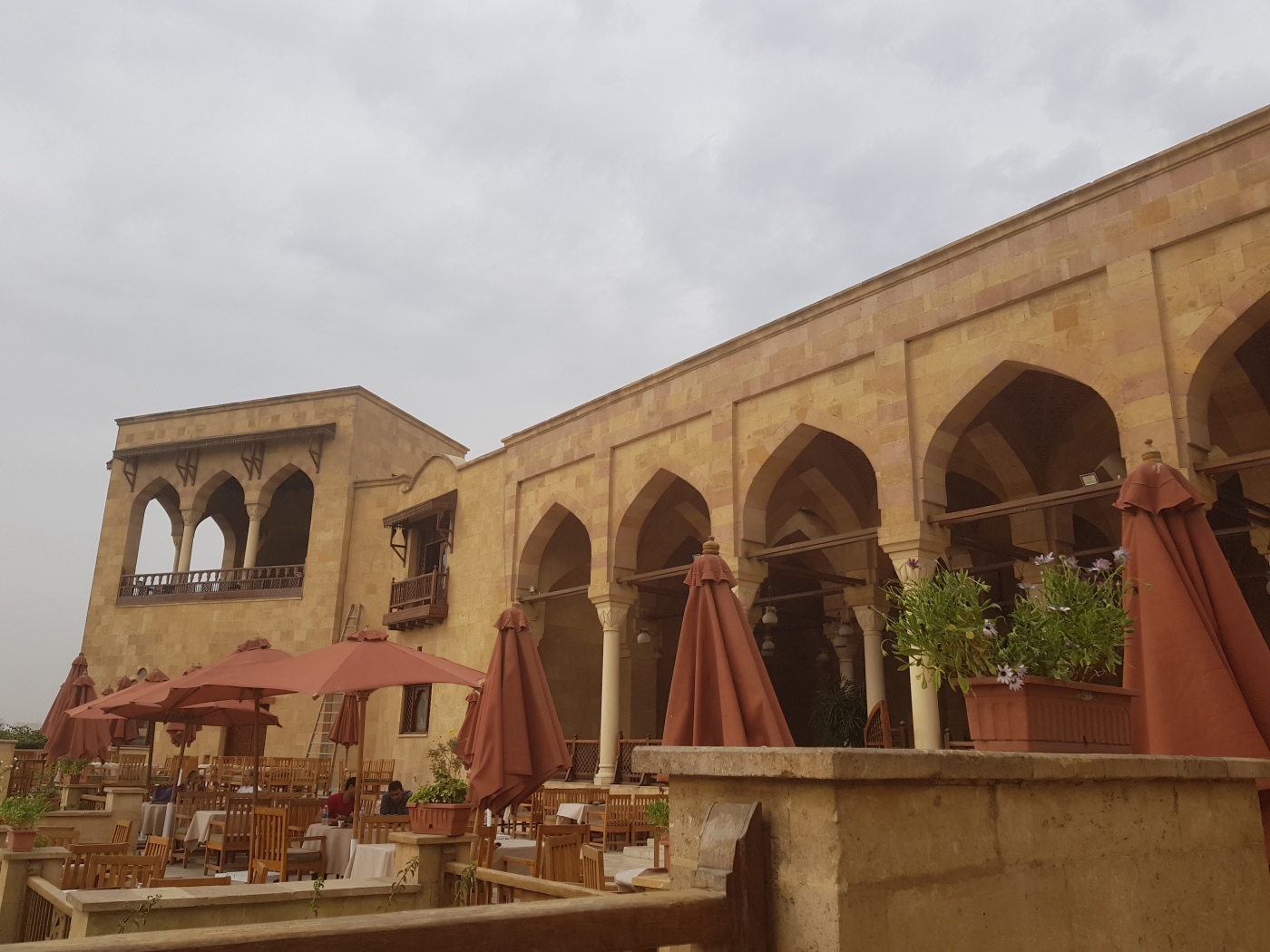 While doing research on things to do in Cairo, I stumbled across a blog that listed Cave Church in Garbage City as one of the hidden gems, so I quickly added it to my itinerary. I planned to visit it on a Sunday while I was there which was not the wisest decision considering it is an active church.

After having some breakfast, I requested an Uber & made my way to the church. I was staying at a hostel in Giza so it was a long drive. A very long drive. The Uber driver was very friendly & as we got near the church, he expressed concern for my safety. This is how the conversation went:

Him: “Take care yourself here.”

At this point he had stopped the car & I had paid him.

Me: “Is it that dangerous here?”

Him (Shouting): “Take care yourself here!”

I smiled & got out the car, his words were playing over & over in my head.

The church is built partially in a large cave & is truly magnificent, I don’t understand why it isn’t more of an attraction. As mentioned, I was there on a Sunday morning & services were taking place so out of respect, I didn’t spend long hanging around or take pictures inside. It really is spectacular though.

I was ready to move on to what I had planned next, but the Uber driver was right. No Uber here. The streets in Garbage City are narrow & void of taxis. On Google Maps, I saw Al Azhar Park was within walking distance & I would probably find transport there. So I began to walk.

The distance of the walk wasn’t actually that far, probably 4 kilometres or so, but because the streets wind & turn, are very uneven & are unbelievably dirty, it took much longer than I expected. As it was approaching midday, the temperature was rising & I hadn’t packed water. Rookie move, I know.

When I got to the park, I saw there was a restaurant & needed something to drink so decided now was a good time for lunch. The restaurant had quite a good view of the park & the Cairo Citadel so I asked to sit outside.

I placed my order & I noticed the staff had placed lots of those outdoor umbrellas with concrete bases out all over, creating plenty of shade. I noticed two other things at this point – the wind was picking up & lots of birds were flying around.

My drinks arrived & the waiter poured two glasses of water & one of a soft drink… for one person. Anyway, the wind really started blowing hard & the big umbrella just in front of my table gained some momentum & without giving me time to stop it, it came down right on the table. The three glasses & two bottles going in five different directions. Again, I was the red faced, embarrassed tourist.

After the clean up & the stares from locals had ended, I got my lunch & started eating. Egyptian food is absolutely delicious & completely underrated. I say this based on the other meals I had, because I only got halfway through this meal. Remember those birds? As I was cutting into another piece of meat, one of them let out a runny one that landed right in the middle of the plate & splashed everything on it.

Take care yourself. I guess that means making sure your food is not a target for flying umbrellas or flying turds.