In the previous post, we discussed the practice of tipping while you travel. Keeping with the money theme, I decided to share pictures of currencies that I have used & find unusual, interesting or fun to look at. 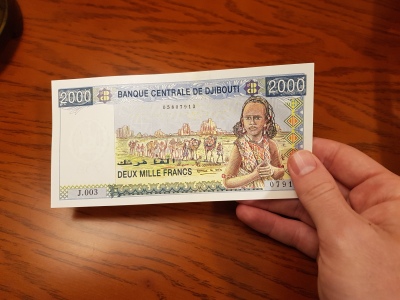 The Cambodian riel is used alongside the US dollar – the notes I had were quite crisp.

On the topic of clean money, this note wasn’t. I had this note in Zimbabwe. It had a horrid smell & had clearly seen better days. My readers from the United States might also be interested in the fact that this is a 2 dollar note which I’m told is quite rare.

On the topic of Zimbabwe, this is what I received in late 2019 after exchanging a few US dollars into Bond notes.

Indonesian rupiah – it doesn’t have an interesting story, but I liked the colours.

Switzerland is the only country with vertical notes. Swiss franc.

Fun colours & also one of the countries that has plastic notes. Vietnamese dong.

Some more very dirty notes for this list. Ethiopian birr.

Chinese Yuan/Renminbi. These notes are 0.5 yuan value & I received them as change in Chongqing in 2019. Because I had never seen these notes before, I did some research & found out they had been withdrawn from circulation in 1999. 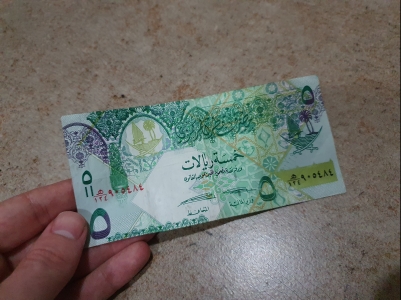 I absolutely love the colour & detail combination on this note. Qatari Riyal.

At the time of writing, this is the 4th strongest currency. Stronger than the US dollar, Euro & Pound sterling. Jordanian dinar.

If you’re a frequent reader of this blog, you will know the country of Georgia is incredibly special to me so their money gets the final spot on this list. I love how the notes are smaller & easier to handle. The colours are aesthetically pleasing. The detail & the Georgian script finish it off beautifully. Georgian lari.